SKARS actively support the Scouting Jamboree on the Air and other activities with local scout, cubs and beaver scouts,  here are reports of these activities with the most recent first

For the third year running South Kesteven ARS operated GB1GDS as part of the 2016 Scouting JOTA-JOTI. Operating from the 1st Foston Scout Hut the event was attended by scout groups from all over the Grantham District.

Over 80 young cubs, beavers and other children passed messages over the main radio station, were shown data mode operating and had the chance to earn certificates and gain their communication badges for various radio activities including Morse code and using licence free PMR radios to send messages. 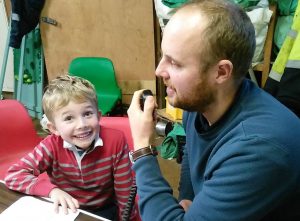 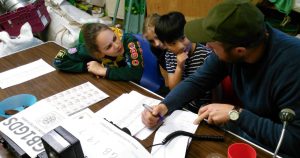 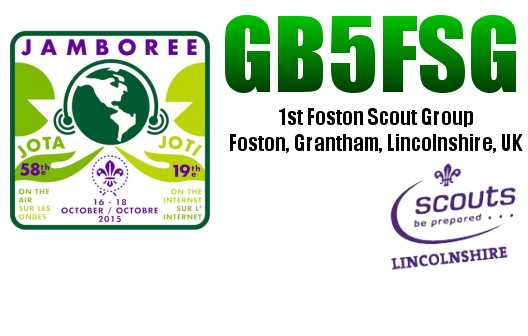 SKARS members Andrew (M0NRD), Stewart (M0SDM) and Sean (2E0ENN) operated the GB5FSG station for the 1st Foston Scout Group over the Jamboree On The Air (JOTA) weekend. Last year was SKARS’ first experience of JOTA when we operated GB2FFC with some success but this year we hoped to improve the experience for the Cubs/Beavers and
Scouts. We had a much improved antenna installation, with Stewart’s Land Rover and impressive push up mast holding up an excellent OCFD dipole, resonant on several bands including 40m and a collinear for a 2m/70cm VHF/UHF along with another smaller pole holding up an end fed long wire for a data mode station. 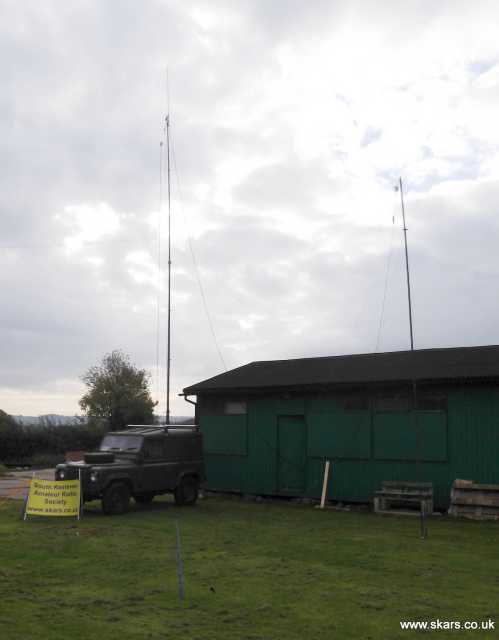 Last year we were hampered by the noise of excitable children in the main room of the scout hut which made operating and hearing contacts difficult. This year we asked for some separation from the hubbub and had planned to use a tent. Instead we set up in the storage area in the back of the hut which proved ideal as it allowed us to control the number of children and allowed easier working conditions – it was a little chilly but much warmer than a tent would have been. 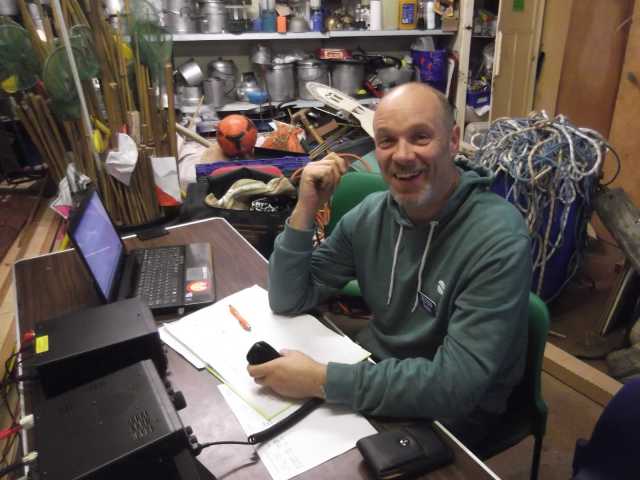 On Saturday we used Stewart’s FT-897D as the main HF SSB rig, Sean operated a 2m meter station making a number of local contacts. Andrew’s FT-857D operated datamode (primarily PSK) but a damaged feeder curtailed this and we soon concentrated on the HF SSB voice contacts as conditions were good and the bands were busy with other JOTA stations. 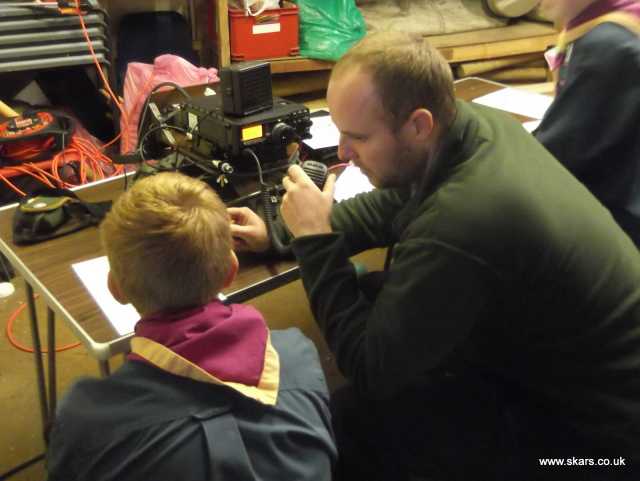 In keeping with the aims of JOTA we didn’t chase numbers instead we had some lengthy quality contacts, including a marathon 30 minute plus contact with GB2WSG the 2nd Wellington Scout Group with lots of two-way greeting messages being sent to really give the children a full experience of using the radio. Andrew had home brewed a Morse code oscillator using an Arduino board and an old computer speaker for added volume and this proved popular as the children tapped out their own names, their friends names, call signs, their ages and various words.
We had created some certificates and stickers to reward the children and to prove they had completed the tasks should they need them for any future scouting badges and communication awards. 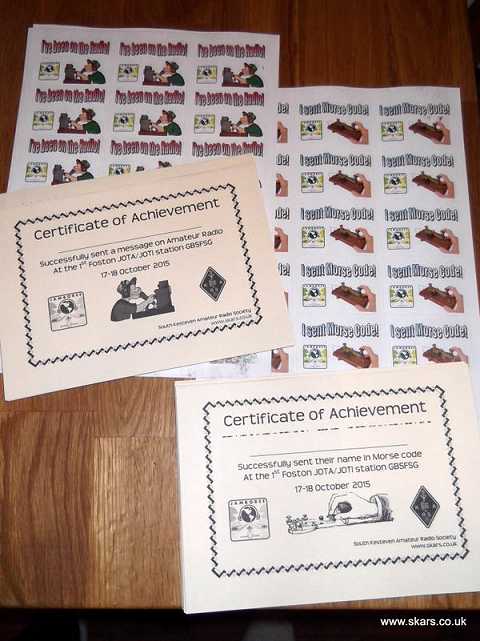 Sunday we just operated for the morning and since Stewart couldn’t attend Andrew brought along his FT-450D and together with Sean operated solely on HF SSB. Again conditions were excellent and we were able to pass lots of greeting messages again despite the QRM from the German contest running at the same time. It is hoped that next year the JOTA event might be much bigger with several of the local scout groups working potentially working together, SKARS will definitely be involved if required.

South Kesteven ARS members Andrew (M0NRD), Stewart (M0SDM), Sean (2E0ENN) and Konrad (2E0KVF) spent an evening giving the 1st Barrowby Cub group an introduction to amateur radio and help them towards getting their communication badges. Konrad who is an ex-scout leader explained the hobby while Stewart and Sean helped them pass messages via a radio. New SKARS member David (2E0RVV) had volunteered to talk to the cubs from his home but communication proved problematic due to the terrain so Sean decamped to the car park and patiently talked to all the cubs in turn. Stewart also demonstrated listening and tuning to HF transmissions. The use of Morse code and the phonetic alphabet were explained and the cubs all used a Morse key to send various words and letters. There was also a timely ‘visible’ pass of the International Space Station during the evening and it was hoped that the cubs they might be able to see it while Andrew demonstrated transmitting and receiving APRS messages via the onboard digipeater. Using an handheld YAGI, laptop and radio in the boot of his car we did successfully get a message digipeated and i-gated however the cloud and rain prevented the cubs seeing the ISS pass overhead. Following on from the cub group we stayed on to give the older scouts a quick introduction to amateur radio while we had everything set up. The evening was a great success and the enthusiasm shown by the Scout leaders hopefully
means SKARS will be involved in more activities for the Barrowby Scout group. 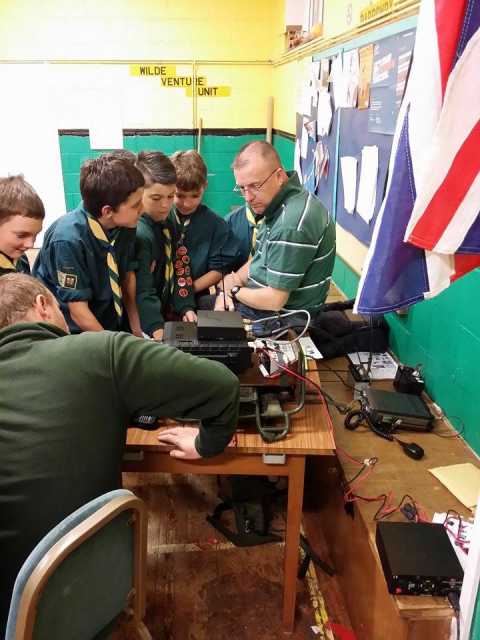 GB2FFC was our first JOTA station. This was activated on Saturday and Sunday the 18th and 19th October 2014 at the First Foston Scout hut. The call – GB2FFC stood for First Foston Cubs. It featured in the RSGB Radcom magazine and a write up detailing the operation can be found on Andrew’s (M0NRD) webpage, more photos are in the gallery.

We hope to operate another JOTA station in 2015 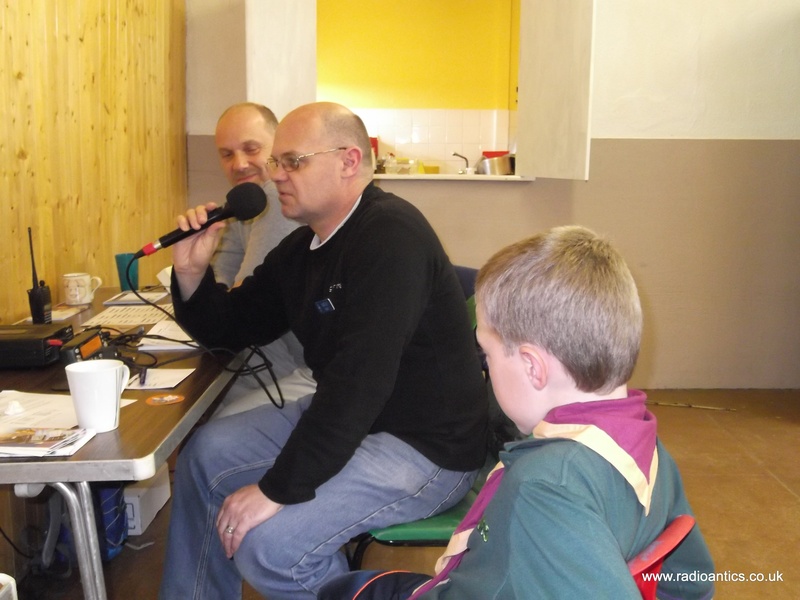 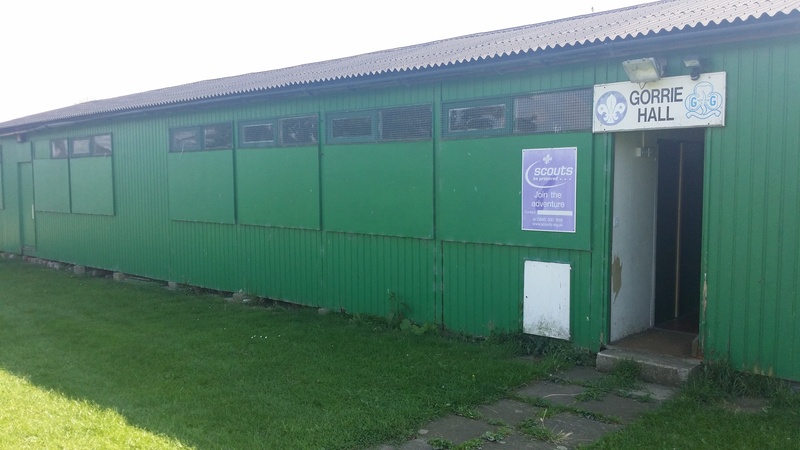 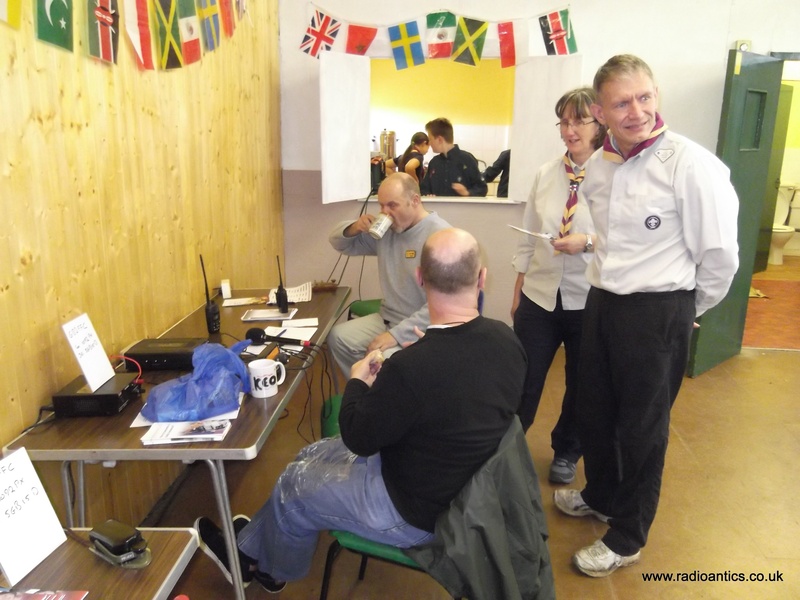