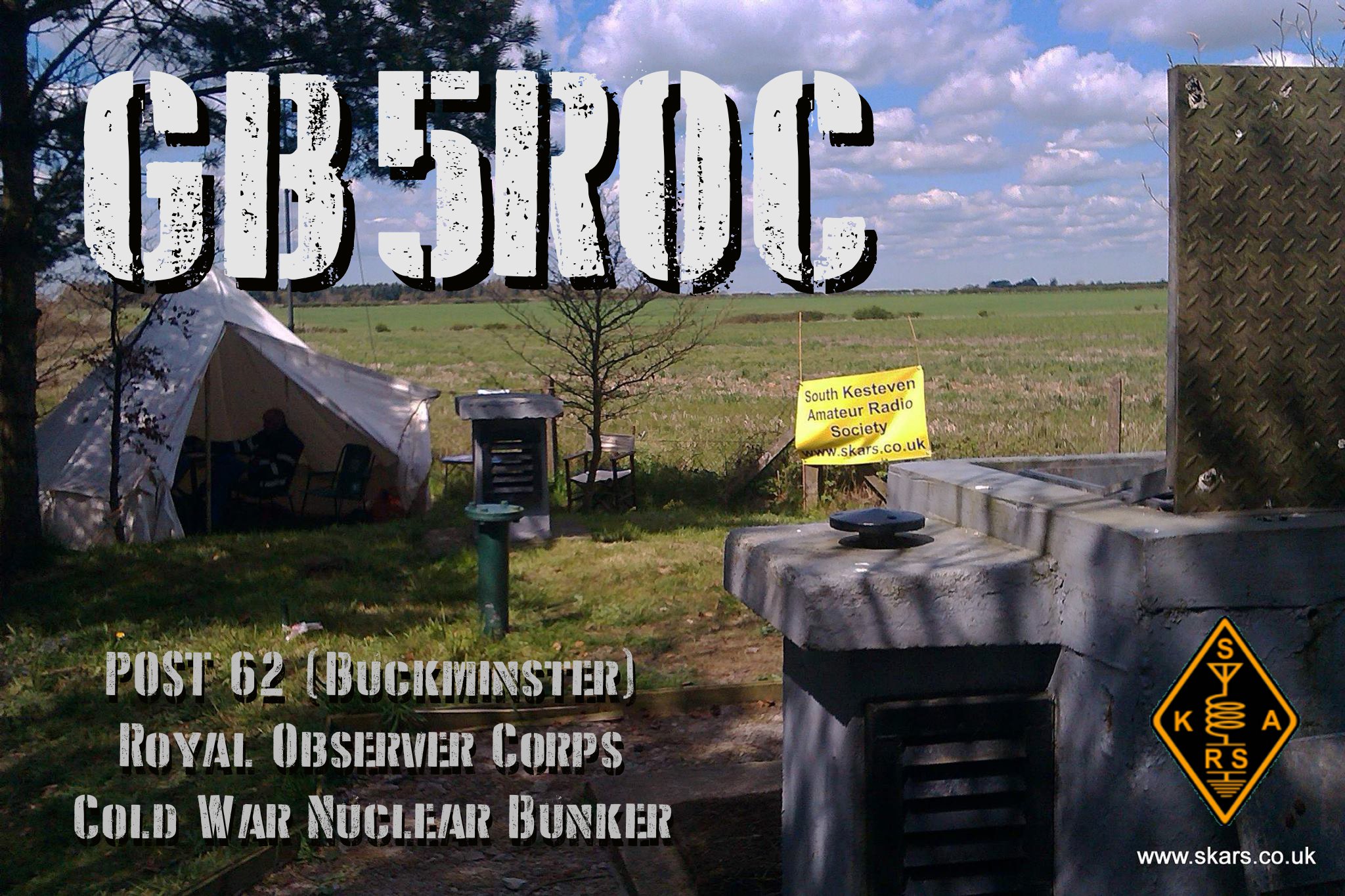 Since 2015 South Kesteven ARS have worked with the UP AN’ AT EM! History project to operate the special event station GB5ROC during open days at the Buckminster Cold War Royal Observer Corps (ROC) Nuclear Monitoring Post (Number 62) or at other events related to their work commemorating its role during the cold war.

The next activation is at the open day on Sunday 2nd April 2017 from 10:00. All visitor are to meet at Buckminster Village Hall to find re-enactors and displays, tea and coffee and a FREE shuttle service to the post. There is no visitor parking at the bunker! This is a free event!

Reports on the previous years events can be found below

On Sunday 26 April members of the South Kesteven Amateur Radio Society operated the special event station GB5ROC at the Buckminster Cold War Royal Observer Corps (ROC) Nuclear Bunker Open Day. Situated on the Lincolnshire/Leicestershire border ROC Post Number 62 is leased to the UP AN’ AT EM! History project and has been restored as a museum and is managed by Jed Jaggard. The free open day was a rare chance to visit and experience an important part of British post-war history. These bunkers are underground structures found all over the United Kingdom, constructed as a result of the Corps’ civil defence nuclear reporting role and were operated by volunteers during the Cold War between 1955 and 1991. There was a network of over 1500 such monitoring posts around the UK designed to detect nuclear detonations and monitor blast and subsequent fallout and radiation levels should an attack take place. Thankfully they were never used and the last of the posts were closed in 1991 when the majority of the ROC was stood down following the break-up of the Communist Bloc. Many have been demolished, fill in or adapted to other uses but the majority still exist, although in a derelict condition. During the open day visitors had the chance to climb down into the bunker so for reasons of practicality SKARS operated 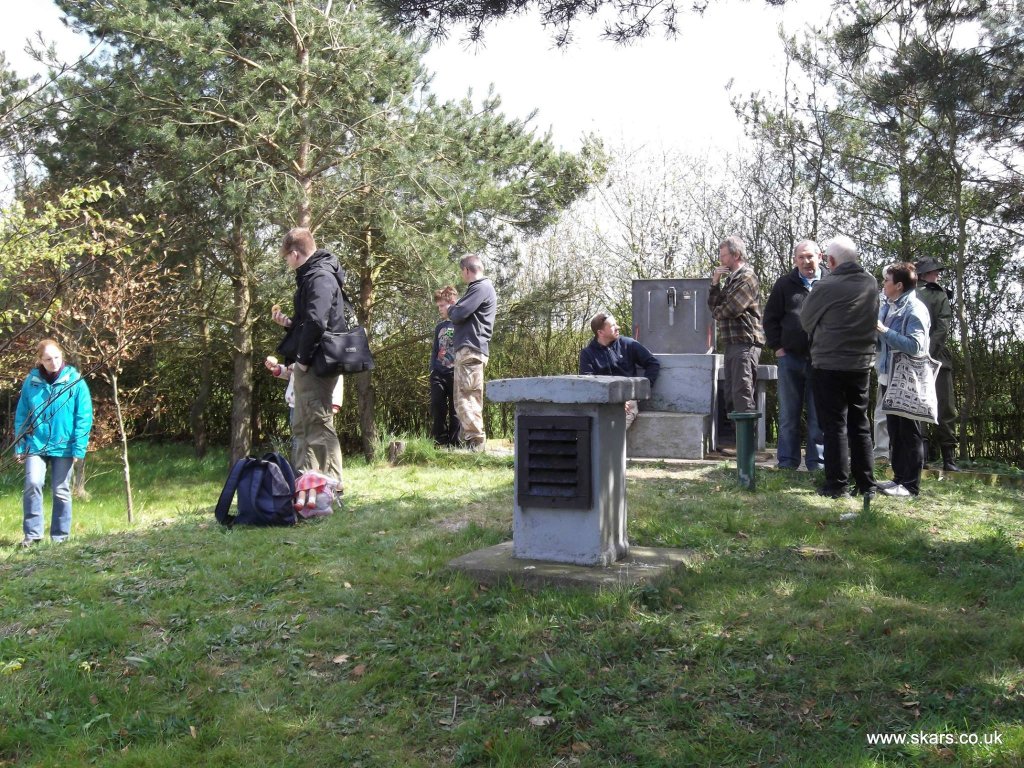 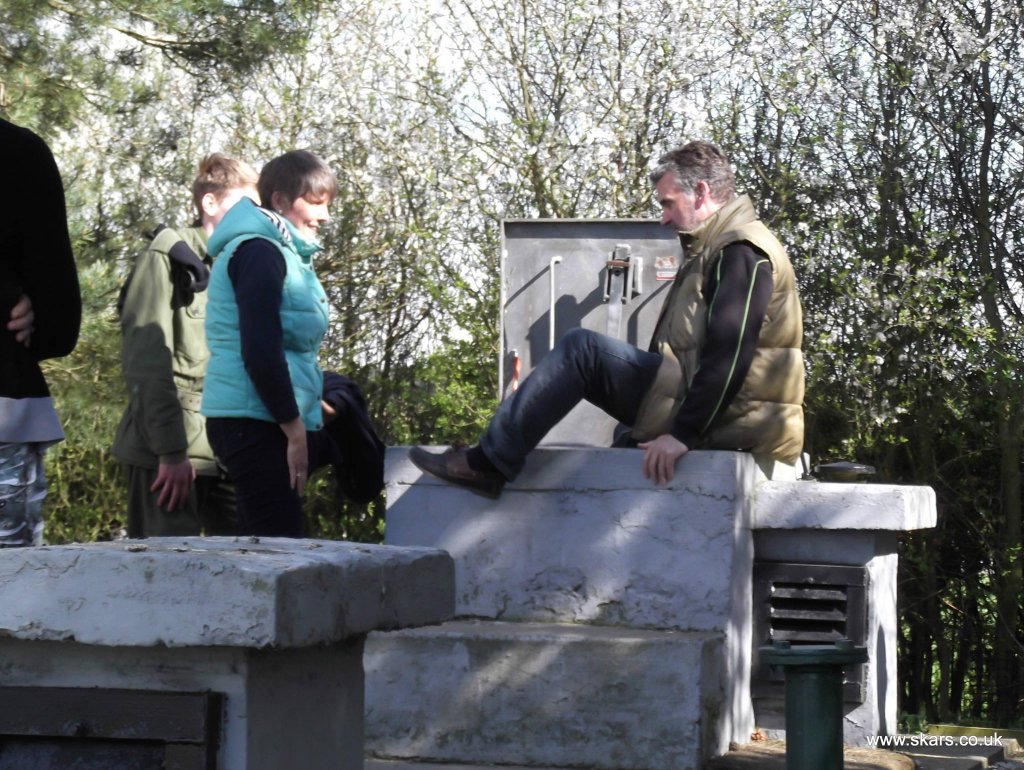 Stewart Mason (M0SDM), Andrew Garratt (M0NRD) and Sean Burton (2E0ENN) operated
on 40m from 10:00 till 16:30 BST and made a total of 151 contacts mostly UK operators with a number of European stations. Equipment was supplied by Stewart who did the majority of the operating and consisted of a Yaesu FT-897D at 100W feeding an off centre fed dipole at around 30ft on top of a Racal push up mast. Stewart also provided a new club banner. The open day was very well attended and a number of local and not so local amateurs (one visitor from VK) came along thanks to the publicity the event had received on Facebook, Twitter, GB2RS and the Southgate ARC newsfeed. It was great to meet up and chat.

Encouragingly members of the general public were keen to learn what amateur radio was all about and they were able to take away a number of leaflets with information about the hobby and contact details for SKARS. 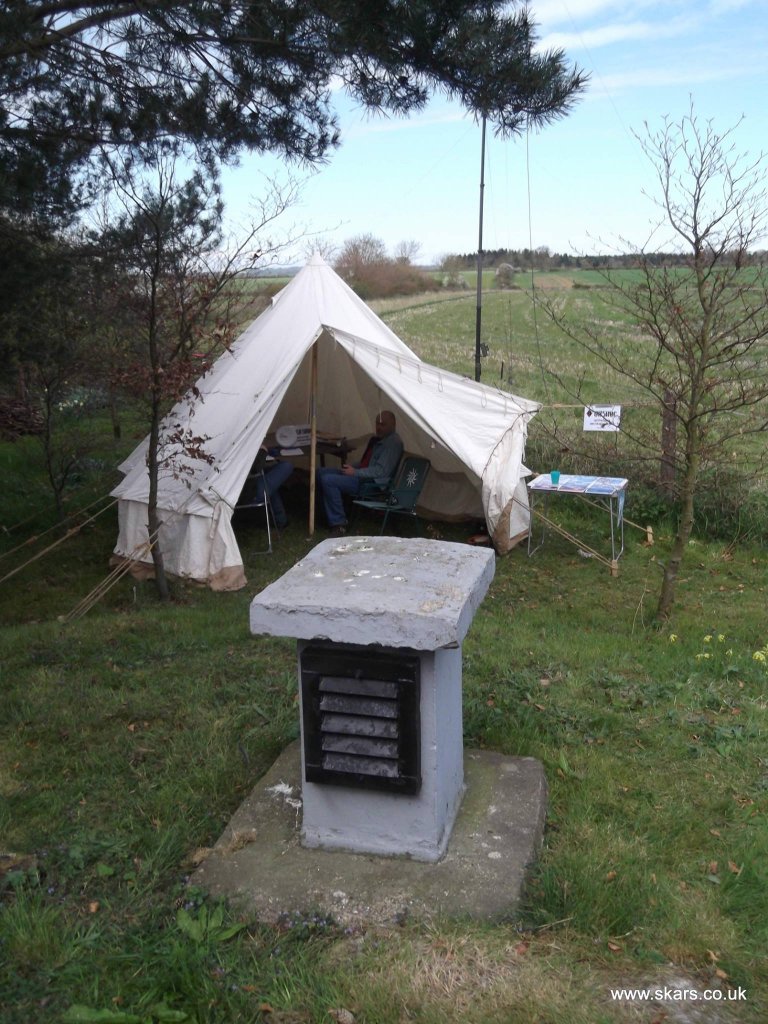 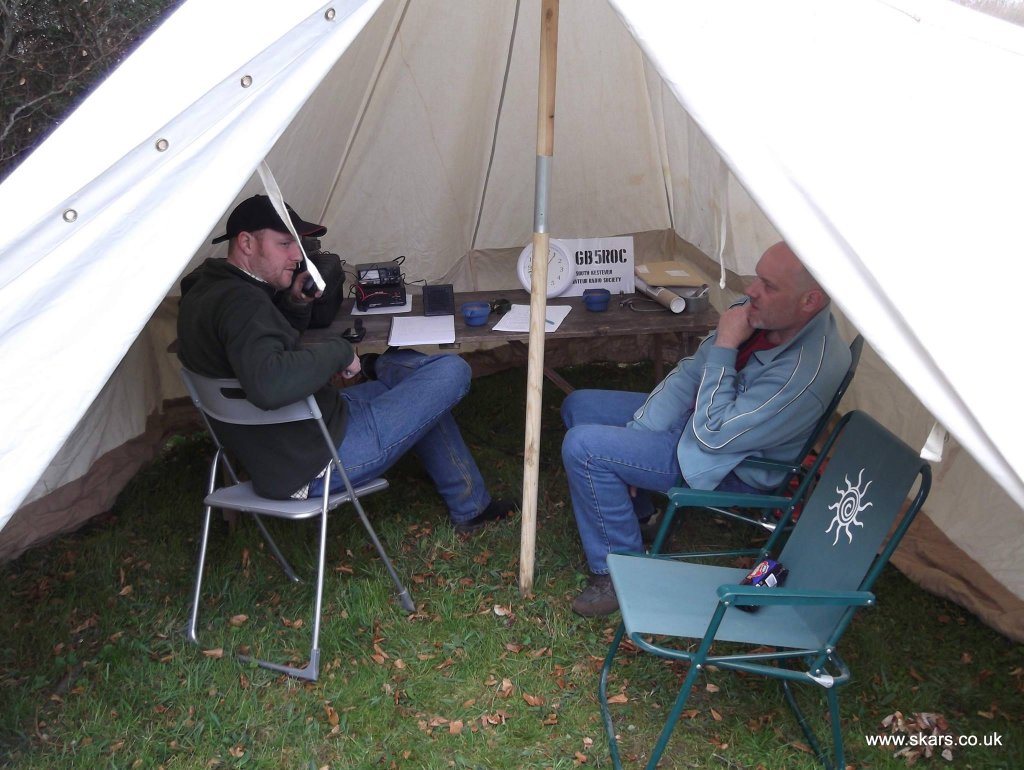 It was an excellent day all round with the operators have a fun time and gaining
useful experience of operating a pile-up. The weather was kind with blue skies and
sunshine. Hopefully it will become a regular activation at future bunker activations.
The video below Stewart operating Richard M6GPT who had tried most of the day to
make contact and was successful just before the station was closed down.

SKARS member Mark (M0OBL) had monitored GB5ROC and made a video of his Elecraft
K2 receiving us load and clear.

Following the 2015 successful activation of the Buckminster Cold War Nuclear Bunker SKARS operated from Buckminster Village School on Sunday 10th April 2016 as part of the “Britain On The Brink” Cold War event organised by the Up an’ at ’em History group. The event feature displays, military vehicles and re-enactors demonstrating the role of the various civil defence organisations on standby during the cold war. Visitors were again able to experience the restored Royal Observer Corps nuclear monitoring post on the outskirts of the village.

Sean (2E0ENN) and Sid (G4RIO) also came along to operate and assist. More photos can be seen in the gallery here. 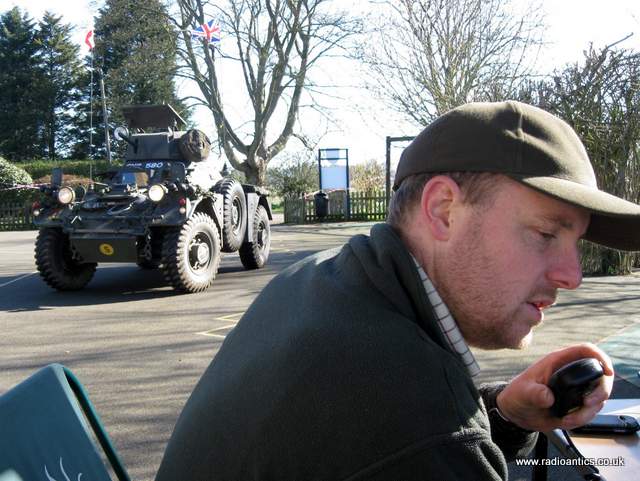 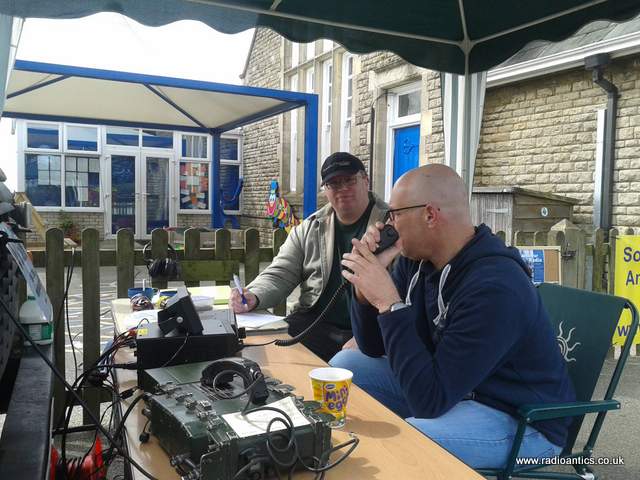